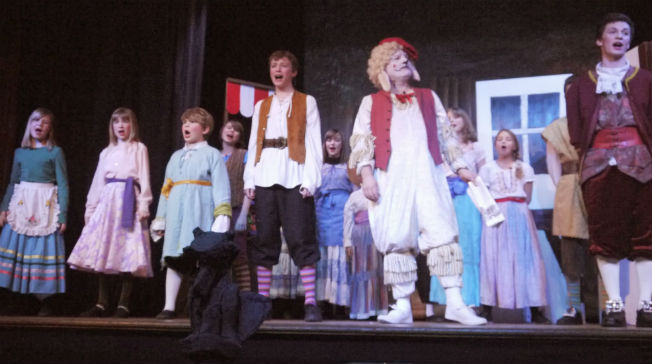 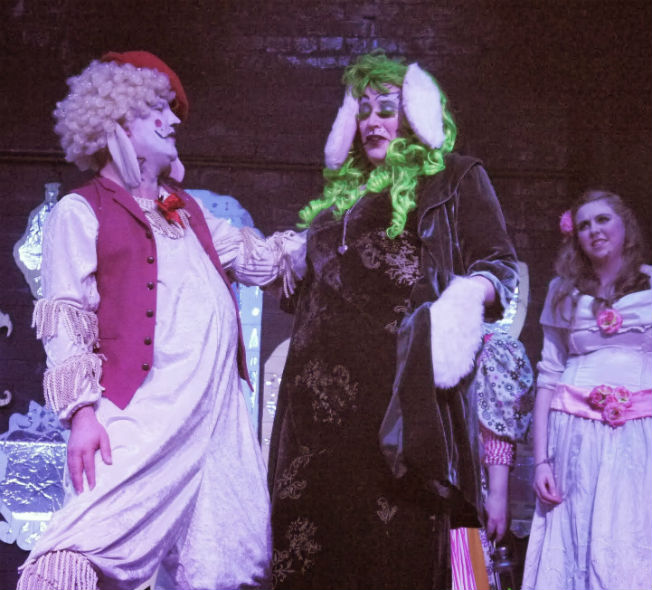 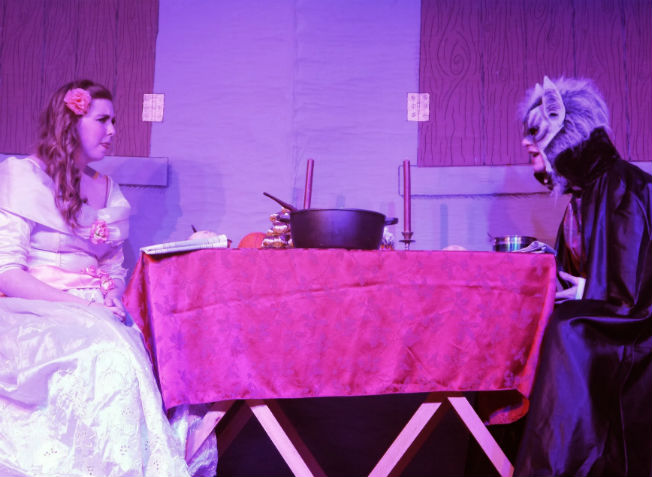 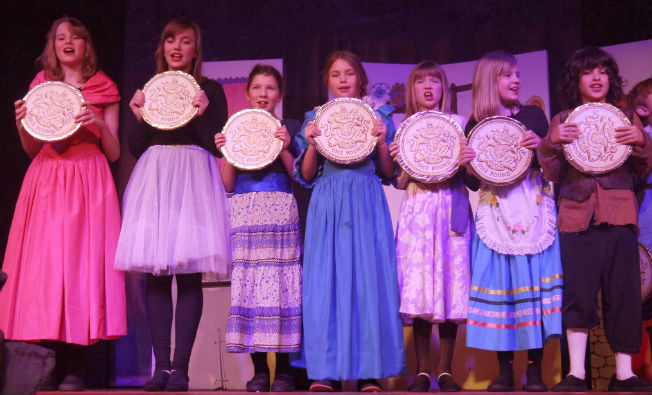 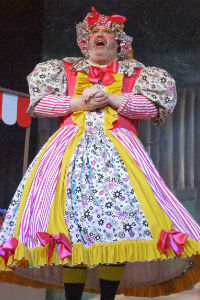 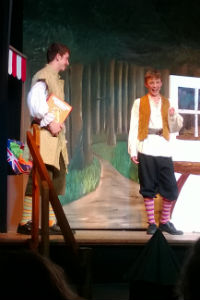 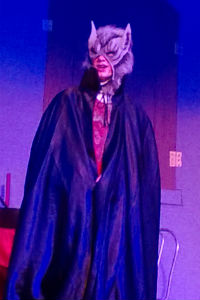 St Thomas’ Players treated the audience to a rip-roaring rendition of Beauty and the Beast during a packed matinee performance on 11 January.

The panto had it all: humour accessible to all ages, imaginative stage production, great music and even a talking dog in the form of Roger Grange’s Felix the poodle whose hilarious narration kept things ticking along wonderfully.

There were assured performances across the cast; Joe Gilbert’s seamless transition from Prince to Beast (and back again) was ably complemented by Sarah Baigent’s Beauty, backed up by strong supporting roles of Jacques and Capucine played by Hugo Carotenuto and Saul Gilbert.

Father Robert’s Ma was a hoot, with Sarah Chapman’s Malabelle a suitably sinister baddy for everyone to hiss and jeer at.  The younger cast members included a merry band of assorted furniture including a table, rug and speaking clock. This might sound barmy to anyone who didn’t get to see the panto but it worked a treat.

Audience participation was actively encouraged, from the traditional ‘oh no you don’t’ to a specially adapted Beauty-themed version of ‘Hey Jude’ by the Beatles.

The Char Ladies were endearing, and treated the audience to a hilarious routine and song at the beginning of the second half.

It is sometimes hard to imagine the hours invested in such a production and as well as the actors it was clear many others had been involved.  Everyone had their part to play in ensuring the audience left on a high: from the set designers, lighting and stage crew, to Keith Spillett’s band which provided the musical backdrop to the show.

St Thomas’ Players pulled this panto off with aplomb and gave everyone a boost just when they might have been suffering from the post Christmas January blues. Surely there will be demand for another play soon after such a triumphant performance?

More PHOTOS can be found here.